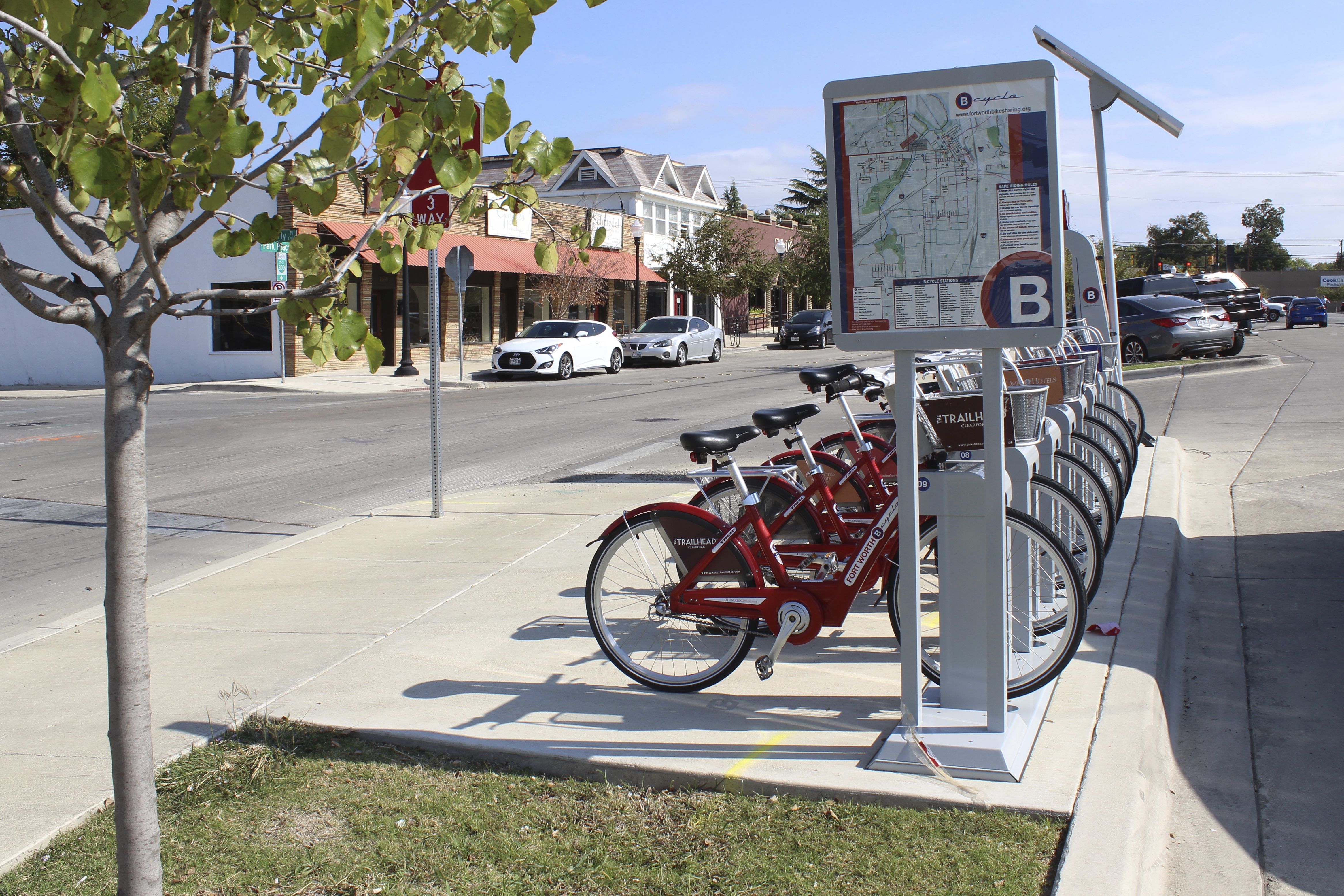 350 bikes available for checkout from 43 stations located throughout Downtown, the Cultural District, Near Southside, TCU, the Stockyards and the Trinity Trails.

A network expansion in May 2015 added ten new stations, including a location at the Moncrief Cancer Institute’s plaza on Magnolia. The station raised the Near Southside total to nine, and a tenth station is planned in 2016 for Evans & Rosedale Village near the Ella Shamblee Library.

South Main Village-based Fort Worth Bike Sharing, Inc. operates the successful network, which has provided over 99,000 trips and a tremendous amount of fun since the system’s launch in April 2013.